Ana is one of the heroes in Overwatch. She is a former army sniper who has recently come out of hiding and rejoined the battle in order to protect her loved ones.

Ana’s versatile arsenal allows her to affect heroes all over the battlefield. Her Biotic Rifle and Biotic Grenade both heal her allies and damage her enemies; her sidearm tranquilizes key targets, and Nano Boost gives one of her comrades a burst of healing and a considerable increase in power and resiliency alike.

One of the founding members of Overwatch, Ana uses her skills and expertise to defend her home and the people she cares for.

As the Omnic Crisis inflicted a heavy toll on Egypt, the country's depleted and undermanned security forces relied on elite snipers for support. Among them was Ana Amari, who was widely considered to be the world's best. Her superior marksmanship, decision-making, and instincts made her a natural selection to join the Overwatch strike team that would end the war.

Following the success of Overwatch's original mission, Ana served for many years as Strike Commander Morrison's second-in-command. Despite her responsibilities in leading the organization, Ana refused to step away from combat operations. She remained on active duty well into her fifties, until she was believed to have been killed during a hostage rescue mission by the Talon operative known as Widowmaker.

In truth, Ana survived that encounter, despite being gravely wounded and losing her right eye. During her recovery, she wrestled with the weight of a life spent in combat, and she chose to stay out of the world's growing conflicts. However, as time passed, she realized she could not sit on the sidelines while people threatened her city and the innocents around her.

Now, Ana has rejoined the fight to protect her country from the forces that would destabilize it, and most importantly, to keep her family and her closest allies safe.

After Ana hits one of her allies with a combat boost, they deal more damage, and take less damage from enemies’ attacks.

Beside these abilities, Ana is able to jump, crouch, reload (only when her ammo is not full), and perform Quick Melee.

For all of Ana's skins and weapons, see Ana/Skins and Weapons.

Note:
a This emote after activating will remain in its animation until the player inputs other actions to interrupt it.

One purchase of an alternate weapon skin will apply to the Biotic Rifle of all unlocked skins when equipping it.

Get 4 kills or assists with a single use of Ana's Nano Boost in quick or competitive play.
Reward: Cute Spray

Ana Amari was one of Egypt's most skilled snipers. During the Omnic Crisis, Egypt was forced to collect a team of snipers to support their military. Ana's marksmanship, instincts, and use of her cybernetic eye allowed her to gain a reputation as the army's finest; she joined the army under the call sign "Horus"[2]. She was chosen to be a part of the original Overwatch strike team, alongside Jack Morrison, Gabriel Reyes, Reinhardt Wilhelm, Torbjörn Lindholm, and Liao. When the crisis ended, Ana became second in command after Morrison.

At the age of 28, Ana had a child, Fareeha Amari. Fareeha was raised amongst Overwatch's agents and wanted to someday join their ranks. Ana, however, knew firsthand what combat is like, and hoped Fareeha would reconsider. Their relationship turned strained around that time.

In her fifties, Ana accompanied a mission to rescue hostages from Talon. She provided support from a nearby building using a Kinamura rifle. When other Overwatch agents were shot down by a Talon sniper, Ana used explosive drones to create a diversion while the rest of the team escaped. She later came face to face with the sniper but hesitated to take the shot when she found out the sniper was Amélie Lacroix, now Widowmaker. Widowmaker was able to shoot first, and Ana's cybernetic eye was shattered.[3]

Ana was thought to be dead and spent some time under the radar to reflect on her life, presumably living under the assumed name of "Janina Kowalska". At the very least, she used this name when undergoing treatment for the wound suffered by the shot to her eye.[4][5] Soon, however, she decided that she could not afford to stop fighting. After sending a letter to her daughter, Ana returned to combat with a re-purposed Biotic Rifle.

Ana operated under the name "Shrike", and became wanted in Egypt for espionage, assault, and theft crimes.[6] She had been sabotaging Talon operations in Egypt. She also planned to attack a Talon base, and had staked out the base for days before Soldier: 76 charged in. She recognized him as Jack Morrison, and rescued him in time when he was attacked by Reaper a.k.a. her former Overwatch comrade Gabriel Reyes. Reaper and Ana recognized each other and she successfully took him down and pulled his mask out, resulting her being horrified by what she saw under the mask. After a vague explanation, Reaper vanished. She offered Jack her support, and the two walked away.[7] Jack, seriously injured by the bullets, had to be cared for by Ana, and the two talked about their plans. Ana was concerned Jack's mission of revenge and bringing down Reyes and Talon would get him killed, and Jack said Ana's efforts against Hakim and his criminal organization would not solve much as the we small compared to Talon. But over the next few weeks, the two began working together to capture Hakim, dismantling his criminal network, with Ana wearing a mask of Bastet, acting as Cairo's guardian. The two left the city, planning to meet some old friends. Around Christmas time, Ana was still together with Jack Morrison.[8]

Ana is an elderly Northeast African/Middle eastern woman wearing a hood, an eye patch, a brown jacket that has some tears in it, another black jacket, a flap and kneepads. Her hair is white due to her age and she has a horus tattooed on her right eye.

Ana possesses a strong sense of responsibility, always leaving it to herself to heal her teammates. She is a very caring person, frequently commenting at how good her former comrades of Overwatch are looking as well as sharing her concern for them. She also believes that nothing is more important than protecting loved ones and always hoped that her daughter, Pharah, would follow in her footsteps albeit in a more peaceful way.

While she is usually positive, Ana isn't afraid to become fierce whenever people are in danger. She also takes pity for the enemies that she kills in combat, knowing that they had friends and family to go back to. 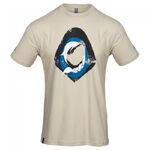 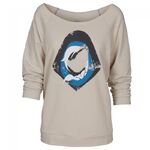 Retrieved from "https://overwatch.fandom.com/wiki/Ana?oldid=102037"
Community content is available under CC-BY-SA unless otherwise noted.