Bastion is one of the heroes in Overwatch. It is an omnic wanderer formerly built to be a war combatant, who is now travelling to satisfy its curiosity about nature and leave its horrifying past behind.

Repair protocols and the ability to transform between stationary Sentry, mobile Recon and devastating Tank configurations provide Bastion with a high probability of victory.

Once a frontline combatant in the devastating Omnic Crisis, this curious Bastion unit now explores the world, fascinated by nature but wary of a fearful humanity.

Originally created for peacekeeping purposes, Bastion robot units possessed the unique ability to rapidly reconfigure themselves into an assault-cannon mode. But during the Omnic Crisis, they were turned against their human makers, forming the bulk of the omnics' rebel army. Following the resolution of the crisis, nearly all of them were destroyed or disassembled. To this day, Bastion units still symbolize the horrors of the conflict.

One unique Bastion unit, severely damaged in the final battles of the war, was left forgotten for over a decade. It lay dormant, exposed to the elements and rusting while nature slowly reclaimed it. Overgrown with vines and roots and nested upon by small animals, the robot sat inert, seemingly unaware of the passing of time. That was until one fateful day, when it unexpectedly reactivated. With its combat programming all but lost, it instead displayed an intense curiosity about the natural world and its inhabitants. This inquisitive Bastion unit set out to explore its surroundings and discover its purpose on a war-ravaged planet.

Though "Bastion" appears to be gentle—even harmless, at times—its core combat programming takes over when the unit senses danger, utilizing its entire arsenal to eliminate anything it perceives as a threat. This has led to instances of conflict with the few humans it has encountered, and has driven it to avoid populated areas in favor of the wild, uncharted regions of the world.

Self-Repair
Self healing type
90 HP per second on self
7 seconds recharge time
5.5 m/s movement speed
Lasts 4.3 seconds or until stopped
Bastion restores its health; it cannot fire weapons while the repair process is in effect.
Default Key: (

In Tank mode, Bastion extends wheeled treads and a powerful long-range cannon. The cannon’s explosive shells demolish targets in a wide blast radius, but Bastion can only remain in this mode for a limited time.

For all of Bastion's skins and weapons, see Bastion/Skins and Weapons.

The Overgrown skin is obtained by purchasing (or upgrading to) the Overwatch's Origins Edition and/or the Collector's Edition.[3][4]

One purchase of an alternate weapon skin will apply to the Recon Submachine gun and Sentry Gatling Gun of all unlocked skins when equipping it.

Kill 2 enemies in each of Bastion's Configurations without dying in quick or competitive play.
Reward: Pixel Spray

Kill 4 enemies with a single use of Bastion's Configuration: Tank in quick or competitive play.
Reward: Cute Spray

Bastion was designed before the Omnic Crisis for peacekeeping; one of their designers is Torbjörn Lindholm.[5] In the crisis, God Programs had taken over the omniums and started to mass-produce Bastion as the main force of the Omnic Rebel Army. One single Bastion unit SST Laboratories Siege Automaton E54 was created in an unnamed omnium and had been left in domain in the Black Forest near Eichenwalde for at least twenty years.[1] It is assumed that the last objective of Bastion E54 was attacking the city of Stuttgart at some point during the Omnic Crisis. For a short time before its reactivation, its right shoulder was the location for Ganymede's nest.

Bastion later reactivated and had its first meeting with Ganymede. Although the program led it to its former objective, Bastion strayed away from the route to fulfill its curiosity about nature, following Ganymede around. After being alerted by the sound of a nearby woodpecker, mistaking it for the sound of machine gun fire, Bastion changed into Sentry mode as its combat programming took over and destroyed part of the forest, mowing down multiple trees and scaring its bird companion away. Dejected by the destruction it had caused, Bastion continued marching toward its objective dismally.[6]

After exiting the forest, Bastion came across a fallen Bastion unit in a meadow and attempted to view the fallen unit's memory through means of optical data transfer, reviewing this data E54 was returned to a moment in time of an explosive battle between multiple omnics and human soldiers of the German Defense Force and the Crusader legion. After viewing the fallen's memory Bastion's face diode turns red and as it recalls its purpose, Bastion stands and charges its weapon preparing to continue the conflict towards the nearby city, its combat programming affirmed. Ganymede flew to the omnic again, offering the twig in its beak and stopping it in its tracks. After a moment of conflict between the past and the present, Bastion's combat program shut off (as seen with its diode turning from red to blue) as it willingly made the choice to return to its friend versus destruction it once wrought. Overjoyed by seeing its friend again, Ganymede and Bastion went back together to the forest.[6]

Since then, Bastion had traveled across Germany and crossed the Baltic sea in order to arrive at Northern Sweden shortly after Christmas. After being discovered and frightening the locals, the townsfolk rallied to hunt down the potentially lethal omnic. Before any rash choices were made however, Torbjörn intervened, and offer to deal with it himself. Bastion was lured to Torbjörn's bait but it failed to attack multiple times, making Torbjörn notice that the unit behaved bizarrely. Upon realizing that Bastion was peaceful, Torbjörn protected Bastion from the police force and brought it with him.[5]

While not much is known about Bastion's personality, it's clear that it displays consideration and curiosity towards the natural world and its creatures, as opposed to its fellow units which were determined to attack every human in sight during the Omnic Crisis. As an omnic, Bastion prefers non-populated areas due to people that may see it as a threat. Thoroughly, Bastion is shown to be a gentle and harmless robot that also possesses some fondness for Ganymede.

As tender as it may be, Bastion still retains its core combat programming that is capable of effectively turning it into a mindless killing machine from the former days. The programming will take over its processor and aim to eliminate any threat whenever Bastion comes in contact with anything relating to the Crisis, or hears any sounds that may indicate a threat nearby. However, it was later shown through Bastion's actions in Sweden that it won't easily go into an outburst from normal trigger anymore. 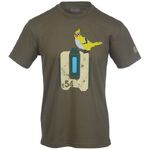 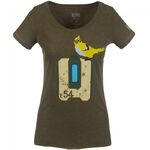 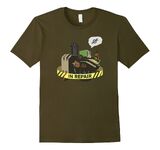 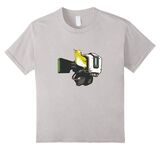 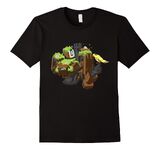 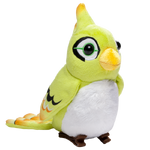 Retrieved from "https://overwatch.fandom.com/wiki/Bastion?oldid=101721"
Community content is available under CC-BY-SA unless otherwise noted.