Charge
Damaging/stunning movement type
0, 50 or 300 damage
55 m range
16.66 m/s movement speed
10-second cooldown
Reinhardt charges forth in a straight line, pinning the first enemy in his path and knocking others aside. If he collides with a wall, the foe he’s carrying suffers extreme damage.
Default Key: ( 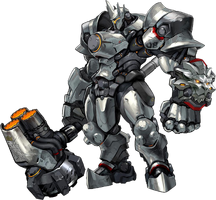 Reinhardt will charge forward at triple his normal speed. He may be steered left and right, but cannot make hard turns. He will continue to charge until he either hits a wall or travels 55 meters.

The first enemy he hits will be stunned and brought with him as he continues his charge. Once Reinhardt hits a wall, the pinned enemy will take 300 damage. If they are still alive after hitting the wall, they will be staggered for half a second. If the pinned enemy escapes, either thanks to the help of their teammates or Reinhardt stops after charging 55 meter, they won't take any damage. Any other enemies Reinhardt hits but doesn't pin will be knocked back and take 50 damage.

When Reinhardt charges into another charging Reinhardt, Doomfist using his Rocket Punch, Brigitte using her Shield Bash, or a running Bob, both him and the enemy will be knocked down and stunned. 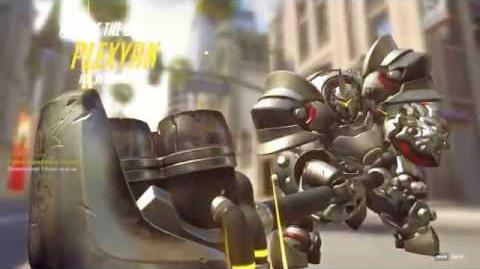 Charge
Add a photo to this gallery

Retrieved from "https://overwatch.fandom.com/wiki/Charge?oldid=99465"
Community content is available under CC-BY-SA unless otherwise noted.