The Digital Comic Shorts are a series of comics which offer the reader another aspect in the storyline of Overwatch, in addition to the animated shorts. They have been created in collaboration with a variety of writers and artists.

Six issues of the Digital Comic Shorts were released in lead up to the launch of the game, showing the lives of several heroes after the fall of Overwatch.

Since the release of the game, several more comics have been released in promotion of other events. 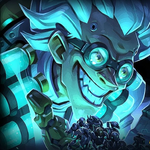 Retrieved from "https://overwatch.fandom.com/wiki/Digital_comic_short?oldid=93953"
Community content is available under CC-BY-SA unless otherwise noted.