There are seven types of game modes available in Overwatch, with 4 available in regular competitive or quick play – Assault, Control, Escort, Hybrid, while Capture the Flag, Deathmatch and Elimination are available from the Arcade or the Game Browser. In addition, during seasonal events, a special game mode might be available.

Overwatch 2 is expected to release with several new modes including Push, Story Experience, and Hero Missions

Assault is a game mode in which the attacking team must take two capture points, while the defending team attempts to prevent them until the time runs out. When the first capture point is captured, the timer will increase and both teams spawning locations will move. Overtime will be triggered if time runs out while the point is being contested by the attacking team, for as long they are on the point. Each Capture point is divided into three segments, representing a capture % checkpoint.

Control is a game mode in which two teams fight over a capture point in a best-of-three format. While a team is controlling a capture point, they will make progress toward 100% completion. Whichever team reaches 100% first wins the round. Overtime will be triggered if one team has reached 99% while the point is being contested by the other team, for as long as they are on the point. This game mode does not have a time limit, unlike others. All three rounds are located in the same location, with each round located in a different area of the map and featuring a new capture point. More teammates in a capture point will increase the capture speed with a cap of 3. A fourth teammate will have no effect on capture speed. 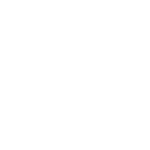 Escort is a game mode in which the attacking team must escort a payload to a delivery point, while the defending team attempts to prevent them until the time runs out. Each maps has between 2-3 check points between the starting position and delivery point which when reached, will increase the timer and move both teams spawning locations. Overtime will be triggered if time runs out while the payload is being contested by the attacking team, for as long they are near the payload. 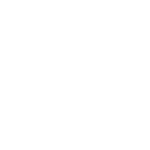 Hybrid is a game mode which starts with an Assault capture point and continues with an Escort objective. These sections behave exactly as their stand-alone game modes do.

Push is a game mode releasing alongside Overwatch 2, where both teams fight for control of a robot who pushes the objective into the enemy team's spawn.

The game mode will not end if either teams flag is outside of their base. If either team does not have their flag secure when the timer runs out, Overtime will begin. The Overtime wick will not begin burning until both teams have secured their flags. If the score is tied at the end of regular play or overtime, a Sudden Death round will begin with flags moved significantly closer to one another and only one point needed to score.

Deathmatch is a game mode in which eight players compete in a free-for-all with the only objective being to eliminate each other. The player who reaches 20 points first or has the highest score when the 10-minute timer runs out will be awarded first place. Win credit is awarded to the top four players of each match. Some of the hybrid and escort maps are modified for play in Deathmatch. Heros can be chosen with no hero limit applying.

A Team Deathmatch variation, uses the same rules as Deathmatch but divides players into 2 teams of 4. Kills are attributed to a team's overall score. The team that reaches 30-points first or has the most points when the 10-minute timer runs out wins the match. The maps Black Forest, Necropolis, and Ecopoint: Antarctica are playable in this mode.

**The map is partitioned, making some areas inaccessible.

Elimination is a game mode in which players fight either alone (1v1) or in teams of three (3v3) or six (6v6) against another group of the same size in a first-to-three format (except in the 1v1 variation which is first-to-five). Once killed, a player cannot re-spawn in that round. The first team to kill all opposing team members wins that round. Heroes played during a winning round cannot be used again.

Hero Missions are a new game mode to be introduced in Overwatch 2. They will make use of the game's talents system.

Story Experience is a game mode releasing alongside Overwatch 2. It makes use of the talents system.

Seasonal game modes are available only during each specific season's event. These game modes differ from each other in maps and style.