The Overwatch Game of the Year Edition or formerly known as Origins Edition is a special edition of the game available for US$59.99 in physical or digital format. All the content of this edition is also included in the Collector’s Edition. After purchasing the digital edition of Overwatch on PC, player is still able to upgrade their version to this edition later. Since 23 May, 2017, the Origin Edition changed its name to Game of the Year Edition, with a bonus of 10 normal Loot Boxes.

Heroes of the Storm - Tracer

StarCraft II - portraits
Add a photo to this gallery 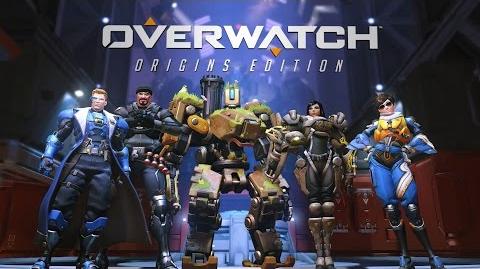 Retrieved from "https://overwatch.fandom.com/wiki/Game_of_the_Year_Edition?oldid=73984"
Community content is available under CC-BY-SA unless otherwise noted.