Hanzo is one of the heroes in Overwatch. He is a mercenary archer who is on the path of redemption to restore his honor and atone for the atrocity he once committed as the heir of a syndicate.

Hanzo’s versatile arrows can reveal his enemies or release a volley to dispatch multiple targets. He can scale walls to fire his bow from on high or summon titanic spirit dragons.

Mastering his skills as a bowman and an assassin, Hanzo Shimada strives to prove himself as a warrior without peer.

The Shimada family was established centuries ago, a clan of assassins whose power grew over the years, enabling them to build a vast criminal empire that profited from lucrative trade in arms and illegal substances. As the eldest son of the family's head, Hanzo was bound by duty to succeed his father and rule the Shimada empire. From a young age, he was trained for that responsibility, displaying a natural aptitude for leadership and possessing an innate understanding of strategy and tactics. He also excelled in more practical areas: he was a prodigy in martial arts, swordplay, and bowmanship.

Upon the death of his father, the clan elders instructed Hanzo to straighten out his wayward younger brother so that he, too, might help rule the Shimada empire. When his brother refused, Hanzo was forced to kill him. This act broke Hanzo's heart and drove him to reject his father's legacy, ultimately leading him to abandon the clan and all that he had worked so hard to attain.

Now, Hanzo travels the world, perfecting his skills as a warrior, attempting to restore his honor and put the ghosts of his past to rest.

Besides these abilities, Hanzo is able to jump, crouch, and perform Quick Melee. Hanzo does not need to reload.

For all of Hanzo's skins and weapons, see Hanzo/Skins and Weapons.

One purchase of an alternate weapon skin will apply to the Storm Bow of all unlocked skins when equipping it.

Get 3 killing blows with a single use of Hanzo's Storm Arrows in quick or competitive play.
Reward: Pixel Spray

The Dragon is Sated

Kill 4 enemies with one of Hanzo's Dragonstrikes in quick or competitive play.
Reward: Cute Spray

Hanzo was born into the Shimada Empire as the first child of Sojiro Shimada, who is the master of his clan, three years before his brother Genji. As the eldest child, he would be the heir to the empire after his father. His family trained him in martial arts, archery, sword fighting, all of which he became extremely skilled at.

Though Hanzo took his position seriously, Genji did not. After their father died, and under instruction from the clan's elders, Hanzo's first action was to convince Genji to take more responsibility in the clan. Genji refused, leading to a violent fight and Hanzo was forced to kill his brother. Upon Genji's assumed death, Hanzo left the clan out of sorrow. He vowed never to use a sword again and turned to archery for combat. The Shimada clan was later dismantled by Overwatch.

Hanzo wandered the world after leaving, though every year he would return to Hanamura on the anniversary of his brother's "death" to put incense offerings for him. Many assassins were sent after him during this time. Hanzo returned to Hanamura again on that special day, only to find what he believes to be an assassin stalking him. At first, he did not realize who it was, but after a long fight, the assassin revealed himself to be Genji. Genji forgave Hanzo for almost murdering him, and left him again after leaving him some words to ponder.[2]

Hanzo constantly aims to prove himself, be it for responsibility or redemption. He heavily preoccupies a code of honor, yet displays arrogance at times. Despite their sibling rivalry, Hanzo really cares about Genji, as proven by the fact that he rejected his own clan when the clan's duty forced him to kill his brother. Nonetheless, he sometimes misses his home and laments about what could've happened if he'd fulfilled his destiny as the master of the Shimada clan.

Although his regards to his family and duty have caused him a lot of trauma, Hanzo has his moments where he shows his own sense of humor. In-game, he likes to call out that his enemies fall like certain things, depending on the map where the match is held. For example, he states, "My enemies fall like...heh heh heh...destroyed pinatas!" while in Dorado. He enjoys a good bowl of ramen once in a while and, oddly enough, has an interest in riches, as conveyed by when he asks Junkrat about where he hides his treasure. (This assumption is NOT confirmed, according to an Overwatch Q&A video, Jeff Kaplan, the Game Director of OW, answered the question of "What exactly is Junkrat's treasure?" by saying that instead of actually is the treasure's essence, we should consider more about if that was his treasure in the first place. Which may or may not imply that Hanzo has some kind of relation to the treasure's original belonging.) 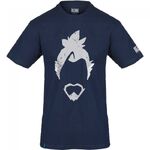 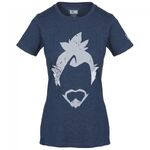 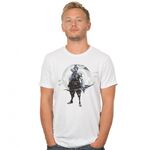 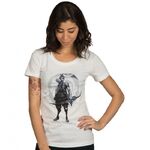 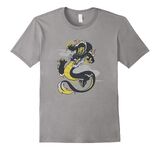 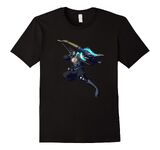 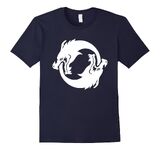 Retrieved from "https://overwatch.fandom.com/wiki/Hanzo?oldid=101738"
Community content is available under CC-BY-SA unless otherwise noted.