King's Row is a Hybrid map location in Overwatch.

"King's Row is an upscale, cosmopolitan neighborhood of London, but just beneath its peaceful surface, tensions between omnics and humans are running high. While much of modern England was built on the backs of omnic laborers, they have been denied the basic rights that humans have, with most omnics forced to live in the dense, claustrophobic city beneath the city, known by some as "the Underworld". Of greater concern is that recent demonstrations by pro-omnic rights protesters have resulted in violent clashes with the police, and a solution is nowhere in sight."
―Overwatch Visual Source Book

The payload on this map is a large EMP bomb. The attacking team must escort it to the Underworld, detonating it. 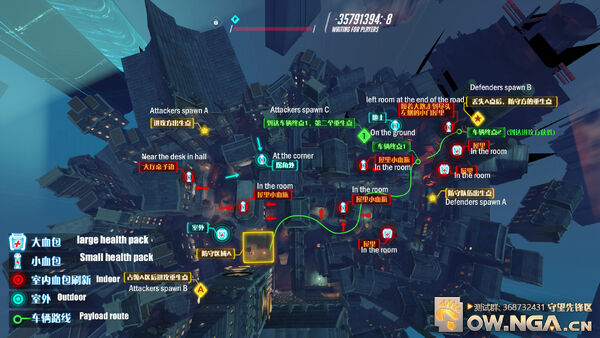 Add a photo to this gallery

The Meridian. Notice the photo of the late Mondatta.

Underworld reactor, the place where the payload stops at.

A view of Underworld at King's Row

From Are You With Us?

Omnic workers were responsible for rebuilding England after the Omnic Crisis. However, England does not recognize their rights, and omnics are treated as second-class citizens.

In Overwatch's last years, an omnic extremist group called Null Sector led an uprising against the local government in the London neighborhood of King's Row. Overwatch sent in a small strike team composed of Tracer, Reinhardt, Mercy, and Torbjörn to put down the uprising, despite the English government's orders not to get involved.

Retrieved from "https://overwatch.fandom.com/wiki/King%27s_Row?oldid=95988"
Community content is available under CC-BY-SA unless otherwise noted.