Lúcio is a playable hero in Overwatch and one of the original 21 heroes. He is in the role of support. Lúcio is a DJ and freedom fighter hailing from Rio de Janeiro.

Lúcio is an international celebrity who inspires social change through his music and actions.

Lúcio Correia dos Santos grew up in Rio de Janeiro, in a poor and crowded favela that was hit hard by the financial upheaval following the Omnic Crisis. As Brazil began the long process of recovery, he wanted to find a way to lift the spirits of those around him. He found his answer in music and its power to bring people together and even help them forget their troubles, if only for a short time. He performed on street corners, in block parties, and as he got older, at a string of legendary underground shows.

But Lúcio's close-knit community was thrown into chaos when the multinational Vishkar Corporation secured a contract to redevelop large tracts of the city. Lúcio and his neighbors had been told that the development would improve their lives. However, that promise never became a reality. Vishkar imposed controls on the residents in the name of building a more orderly society: enforcing curfews, cracking down on what the company perceived as lawless behavior, and exploiting the populace as a cheap labor force.

Lúcio wouldn't stand for it. He stole Vishkar sonic technology that had been used to suppress the people, and he converted it into a tool to rally them to action. In a popular uprising, they drove Vishkar out of their neighborhoods. Lúcio's leadership made him a star overnight and a symbol for positive social change. His music skyrocketed in popularity. Whereas he had once performed locally, he was now filling arenas across the world.

With his newfound fame, Lúcio realizes that he has an opportunity to make a difference and change the world for the better.

Crossfade
Continuous area healing/buff type
16.25 HP per second
13 HP per second on self
+25% movement speed
12 m radius
0.5 sec buffer
0-second cooldown
Lúcio continuously energizes himself, and nearby teammates, with music. He can switch between two songs: one amplifies movement speed, while the other regenerates health.
Default Key: (

Amp It Up
Continuous area healing/buffing type
46.8 HP per second
35 HP per second on self
+60% movement speed
12 m radius
Lasts 3 seconds
12-second cooldown
Lúcio increases the volume on his speakers, boosting the effects of his songs.
Default Key: (

Protective waves radiate out from Lúcio’s Sonic Amplifier, briefly providing him and nearby allies with personal shields.

Besides these abilities, Lúcio is able to jump, crouch, reload (only when his ammo is not full), and perform Quick Melee.

For all of Lúcio's skins and weapons, see Lúcio/Skins and Weapons.

One purchase of an alternate weapon skin will apply to the Sonic Amplifier of all unlocked skins when equipping it.

The Floor is Lava

Get 3 killing blows while wall riding as Lúcio without dying in quick or competitive play.
Reward: Pixel Spray

Block 1000 damage with a single use of Lúcio's Sound Barrier in quick or competitive play.
Reward: Cute Spray

Lúcio Correia dos Santos was born in the favelas of Rio de Janeiro. When he was young, he found a hobby in DJing, and performed on street corners and at block parties. As he got older, he performed in a series of underground shows.

When the Vishkar Corporation took control of Rio, Lúcio stole the sonic technology that his Father had invented for the company as one of their employees and led the favela's citizens against the company. Vishkar was forced out of the city, and Lúcio's music career began to gain popularity around the world.

Lúcio's first single was Sonhos Ômnicos. A year later, his first album Synaesthesia Auditiva debuted. He went on tour to promote it; the tour includes new technology that Lúcio had worked on for two years.

Lúcio is a very positive and uplifting man, often finding ways to cheer up his teammates and others. He always likes to be on the move and isn't afraid to announce his reaction to doing something cool. He is a believer in a free society and is willing to fight for the people to have their equal rights. As such, he appreciates cities which allows its citizens to live how they choose according by his voice line in Numbani, and also has a deep dislike for the Vishkar Corporation, most notably for forcing people to acclimate to their way of life, as shown by his constant battle with them and not being too happy about teaming up with one of its members.

Lúcio is a huge fan of music as well as skating, often making puns to them during a match. He is also a big fan of sports, mainly being interested in hockey and soccer.[1] Skiing is also one of his hobbies; he had traveled to the Andes every winter to hit the slopes.[2] He also seems to be a fan of D.Va, as conveyed by him enthusiastically asking her for an autograph. 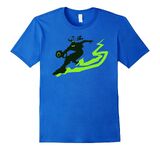 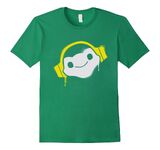 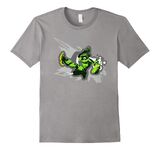 For changes made to Lúcio's abilities, see Sonic Amplifier, Crossfade, Amp It Up, Wall Ride, and Sound Barrier.

Retrieved from "https://overwatch.fandom.com/wiki/Lúcio?oldid=102704"
Community content is available under CC-BY-SA unless otherwise noted.