Mercy is one of the heroes in Overwatch. She is a nanobiologist and a field medic who always stays at the frontline of wars and crises around the world to heal the wounded and imperiled.

Mercy’s Valkyrie Suit helps keep her close to teammates like a guardian angel so Mercy can heal, resurrecting or strengthening them with the beams emanating from her Caduceus Staff.

A guardian angel to those who come under her care, Dr. Angela Ziegler is a peerless healer, a brilliant scientist, and a staunch advocate for peace.

Ziegler rose to become the head of surgery at a prominent Swiss hospital before pioneering a breakthrough in the field of applied nanobiology that radically improved the treatment of life-threatening illnesses and injuries. It was this expertise that attracted the attention of Overwatch.

Because her parents had been taken by war, Ziegler was opposed to the organization's militaristic approach to keeping global peace. Ultimately, she recognized that Overwatch offered her the opportunity to save lives on a much larger scale. As Overwatch's head of medical research, Angela sought to leverage her work for healing in frontline crises. The result was the Valkyrie swift-response suit, which Ziegler herself piloted on many Overwatch missions.

Despite her contributions to Overwatch, she was often at odds with her superiors and the organization's overarching aims. When Overwatch dissolved, Ziegler dedicated herself to helping those affected by war.

Though she spends most of her time caring for the broken and dispossessed in crisis areas around the world, Dr. Ziegler can be counted on to don her Valkyrie suit whenever innocents are imperiled.

Valkyrie unleashes the full power of Mercy's Valkyrie Suit, enhancing her weapons and abilities for 15 seconds.

For all of Mercy's skins and weapons, see Mercy/Skins and Weapons.

• The 2019 Atlantic All-Star skin was only available for purchase of 200 Overwatch League Tokens in May 2019.

• The Dr. Ziegler skin was only available for free during Mercy’s Recall Challenge in November 2019.

Note:
This emote, after activating, will remain in its animation until the player inputs other actions to interrupt it.

One purchase of an alternate weapon skin will apply to the Caduceus Staff and Caduceus Blaster of all unlocked skins when equipping it.

Restore 200 health for 5 players without dying as Mercy in quick or competitive play.
Reward: Pixel Spray

Angela Ziegler had been a prodigy in medical science since she was young. At the age of 17, when she was attending her university, she came to visit Overwatch and took a photo with their prominent agents as she was longtime a longtime friend of the Lindholm's.[1][2][3] After that, she finished her education, including her MD and PhD in Switzerland in a shorter amount of time.[4] Ziegler continued her research and discovered new uses for applied nanobiology that made treating life-threatening illnesses or injuries significantly easier and more successful. She later rose to be the head of surgery at a prominent hospital in Zürich, Switzerland.[5] This along with her recent paper at the time on nanobiotic healing attracted the attention of Overwatch; With Jack personally offering her the position of head of medical research, she joined, although she was against some of the organization's approaches and did have her own reservations on how her work would be used.

When Ziegler became Overwatch's head of medical research, she developed the Valkyrie swift-response suit so her technology could be taken to the battlefield. She donned the suit, and took the call sign of "Mercy" and became Overwatch's frontline medic. Later, she helped to save the life of Genji when he was nearly killed by Hanzo. She also collaborated with Torbjörn to design a prototype Biotic Rifle; she did it reluctantly because she did not want her technology to be applied to a weapon.[6]

After the Overwatch Swiss Headquarters were destroyed, Mercy attended a UN committee to explain how the relationship between Jack Morrison and Gabriel Reyes decayed and became violent. Unfortunately, even the young head of medical research wasn't spared from the fallout of the Overwatch collapse. Angela's professional reputation became so damaged that she changed to working in aid camps and bounced around the world to where people only knew her as Dr. Angela Ziegler, not Mercy. Projects that she had devoted almost a decade of her life to had either been scrapped, sold, or reassigned out of her control. The few friends that she had made in Overwatch were scattered throughout the world, though she still kept tabs on them. However, even after Overwatch was disbanded, Angela still felt guilt over the problems that the orgainization left behind, and decided to help.

The guilt Angela felt led her to an aid camp on the outskirts of Cairo, Egypt, where she tried to help its people, as Overwatch had been responsible for much of the country’s suffering. She did not receive a warm welcome when she arrived with people telling her to "Go home, you’ve done enough damage". Yet she stayed and remained for the better part of two years. While living there, both Ana and Jack visited her apartment to get Jack's back treated after being shot by Reaper during the events of Old Soldiers. They refused to tell her how Jack got injured.

During the recall, Mercy was in Iraq.

Around Christmas time, Mercy is seen reading a letter while inside a hospital tent, presumably from Genji.[7]

Mercy heads to Rio de Janeiro with the other Overwatch members, where another Null Sector invasion is held. After meeting Lúcio, Mercy is tasked with Winston to get civilians to safety while Genji and Brigitte keep Null Sector busy.

Mercy is a slender woman with platinum blond hair tied up into a ponytail, pink lips, and blue eyes. Her Valkyrie suit is a white medical suit with mechanical wings on the back, orange cloth, black leggings, and matching heels.

In Overwatch 2, Mercy styles her hair in a bob cut. Her Valkyrie suit is much more detailed and her halo is now faced backwards.

Per her code name, Mercy is an adamant pacifist that always wishes to avoid violent approaches whenever possible. She is very kind and gentle, consistently caring for the well being of the sick and injured. She also loves peace and quiet, taking the time to treasure those moments before a match starts.

While she is devoted to Overwatch, Mercy opposes its militaristic methods when it comes to global crises. She also believes that it's best for it to be kept shutdown, according to her dialogue in Watchpoint: Gibraltar.

• Ana: Mercy was once a former comrade of Overwatch’s second-in-command, Ana Amari. Ana’s Biotic Rifle was made against the doctor’s wishes. Mercy offers to fix Ana’s cybernetic eye, but she refuses. The two reunite in Cairo sometime later. After managing to chase away an attack caused by Talon, Ana offers Mercy to join her and Jack Morrison in putting an end to the terrorist organization, but Mercy refuses, preferring to stay in Cairo to help the injured.

• Baptiste: Mercy and Baptiste had a good friendship sometime in the past. They are happy to be working together again. In Baptiste’s past, he attempts to contact Angela about an upcoming attack by Talon.

• Brigitte: Both Mercy and Brigitte compliment each other on how they both look strange in their armor. Mercy later helps Brigitte and other Overwatch members stop a Null Sector invasion in Paris. In Rio de Janeiro, Mercy is tasked with Winston to get civilians to safety while Brigitte keeps Null Sector busy with Genji.

• Genji: When working as head medic of Overwatch in the past, Mercy was able to save Genji’s life when he was on the verge of death. Since then, the two have formed a very strong bond. She helps Genji on a mission to chase down Maximilien in Havana, Cuba with Tracer and Winston. After Overwatch’s disbandment, Mercy received a letter and feather around Christmas time (presumably from Genji). On Valentine’s Day, Mercy and Genji share chocolates with each other in Hanamura.

• Lúcio: Mercy is fascinated on how Lúcio’s father invented Viskar Sonic Technology. She later assists Lúcio on a mission to stop a Null Sector invasion in Rio de Janeiro.

• McCree: Mercy warns McCree that smoking is bad for his health, though he is sure the doctor can still cure him.

• Moira: Mercy has always disproved Moira’s work as unethical. The two has had a tough relationship in the past.

• Pharah: Mercy tells Pharah that her mother would be proud to see her daughter saving lives now.

• Reaper: Mercy has always disproved Reyes’s impulsive actions that led to the disbandment of Overwatch.

• Reinhardt: Mercy asks Reinhardt if he would ever consider retiring, but he refuses. She also disproves Reinhardt bringing Brigitte on his adventures. Mercy later assists Reinhardt in stopping Null Sector invasions in Paris and Rio de Janeiro.

• Soldier: 76: Mercy first met Morrison when she was recruited into joining Overwatch as its head medic. At first disproved, Mercy was offered to saved lives on a much larger scale so she joined. After Overwatch’s disbandment, Mercy felt Morrison’s choices and Reyes’s action are responsible for politics disbanding the organization in the first place. She and Morrison later reunite in Cairo when Talon attacked. After chasing the terrorist organization away, Morrison offers Ziegler to join him and Ana on their mission, but she refuses, preferring to stay and help lives.

• Tracer: Mercy is worried about Tracer’s chronal accelerator, knowing there could be unknown side effects. 7 years ago, Mercy assists Tracer on a mission to stop Null Sector in King’s Row. A year later, she joins on a mission, led by Tracer, to track down Maximilien in Havana, Cuba. A year after the recall, Mercy helps Tracer in stopping Null Sector invasions in Paris and Rio de Janeiro.

• Torbjörn: Mercy is a longtime friend of the Lindholm. As she disproves Reinhardt bringing Brigitte on his adventures, Torbjörn supports his daughter’s decision. Mercy also misses Ingrid’s apple pies during the holidays.

• Winston: Mercy asks Winston if he is experiencing any issues with his genetic therapy. 6 years ago, Mercy assists Winston on a mission to track down Maximilien in Havana, Cuba. A year after the recall, Mercy helps Winston in stopping Null Sector invasions in Paris and Rio de Janeiro.

• Zenyatta: Both Mercy and Zenyatta do not understand how each other’s healing works. 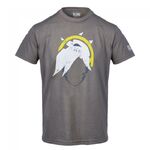 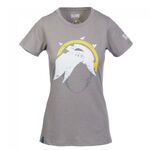 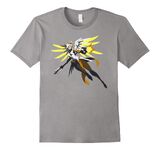 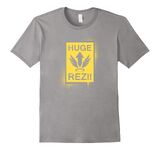 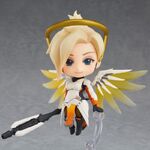 Retrieved from "https://overwatch.fandom.com/wiki/Mercy?oldid=102839"
Community content is available under CC-BY-SA unless otherwise noted.