Pharah is one of the heroes in Overwatch. She is a security captain who yearns to protect the world's peace, like the heroes in her past.

Soaring through the air in her combat armor, and armed with a launcher that lays down high-explosive rockets, Pharah is a force to be reckoned with.

Fareeha Amari's commitment to duty runs in her blood. She comes from a long line of highly decorated soldiers and burns with the desire to serve with honor.

As a child, Fareeha dreamed of following in her mother's footsteps and joining the global peacekeeping force, Overwatch. She enlisted in the Egyptian army, and her dogged persistence and tactical prowess caused her to rise up through the officer ranks. She was a courageous leader and earned the loyalty of all who served under her. With her exemplary record, Fareeha was well placed to join the ranks of Overwatch, but before she had that opportunity, Overwatch was disbanded.

After leaving the army with a commendation for distinguished service, she was offered employment with Helix Security International, a private security firm contracted to defend the artificial intelligence research facility beneath the Giza Plateau. The top-secret facility was touted as vital to the safety of not only the region but countries across the globe. Fareeha gladly accepted the choice assignment and received training in the Raptora Mark VI, an experimental combat suit designed for rapid mobility and devastating firepower.

Under the call sign "Pharah," she works to safeguard the AI installation. Though she mourns Overwatch's passing, she still dreams of fighting the good fight and making a difference on a global scale.

Pharah directs a continuous salvo of mini-rockets to destroy groups of enemies.

)
"Justice rains from above!"

Besides these abilities, Pharah is able to jump, crouch, reload (only when her ammo is not full), and perform Quick Melee.

For all of Pharah's skins and weapons, see Pharah/Skins and Weapons.

The Security Chief skin is obtained by purchasing (or upgrading to) the Overwatch's Origins Edition and/or the Collector's Edition.[2][3]

Note:
a This emote after activating will remain in its animation until the player inputs other actions to interrupt it.

One purchase of an alternate weapon skin will apply to the Rocket Launcher of all unlocked skins when equipping it.

Kill 4 enemies in a row without touching the ground as Pharah in quick or competitive play.
Reward: Cute Spray

Fareeha Amari is the daughter of Ana Amari, one of Overwatch's founders and a world-class sniper. She was taught by Ana how to fight and how to protect her loved ones. Fareeha wanted to take after her mother and work as an Overwatch agent, but that was exactly what Ana did not want for her daughter and this strained their relationship. Later, her mother was declared K.I.A. in a hostage rescue mission. Fareeha enlisted in the Egyptian military and rose through the ranks, but Overwatch was disbanded before she could join.

Helix Security International offered Fareeha a job as a pilot of the Raptora Mark IV Combat Suit and she accepted. Fareeha, now using the call sign "Pharah", received training in the combat suit, and eventually became lieutenant of her squadron. Her base of operations was in the Giza Plateau, where the God Program Anubis was quarantined.

The Anubis AI managed to break free, and Pharah's squadron was sent in to disable it. Though they were successful, much of the squadron died in the fight, including its captain, Khalil. Pharah was promoted to captain as a result.[4]

Recently, Fareeha received a letter from her thought-to-be-dead mother, explaining why her mother chose to hide and Ana's thought on being a soldier and a mother.

In recent Christmas, Fareeha was seen at a restaurant dining with her father Sam in Canada.[1][5]

In a recently released voice line interaction, it is revealed that Sam does not know Ana is actually alive. When Fareeha asks why Ana has not told her husband anything yet, Ana says it is up to her what Sam knows.

Pharah is loyal and honorable, holding duty above all else. She's strictly determined willing to keep the peace no matter what. She also has an affinity for jokes and puns, as shown in the in-game voicelines "Fly like an Egyptian" and "Sorry, but I need to jet". However, Pharah is a bit arrogant at times, as she claims to "always get her prey."

Pharah seemed to have a strained relationship with her mother before her presumed death. She had originally thought that Ana would not have been proud of her due to Ana's original strict teaching methods. Nonetheless, even before receiving the letter, Pharah always looked up to Ana with a deep respect, even going as far as getting a tattoo in honor of her mother though she missunderstood  the meaning of their tattoos for a significant period before realizing what it was and keeps her actions to preserve that purpose of being a protector.

Before Anubis broke free, Pharah never really knew which was more important: completing the mission or protecting her team. However, after dealing with the incident, she learned to preserve both the innocent and her team more generally and grew even more resolute to follow in her mother's footsteps.

Though she never got the chance to join Overwatch, Pharah seems to be a fan of them, judging by her conversation of telling Reinhardt about the poster of him on her wall. 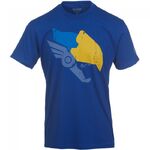 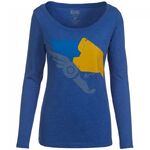 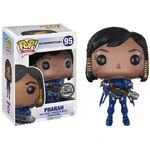 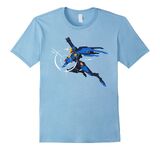 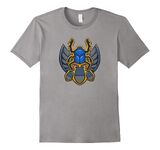 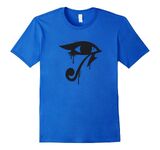 Retrieved from "https://overwatch.fandom.com/wiki/Pharah?oldid=102702"
Community content is available under CC-BY-SA unless otherwise noted.