Progression in Overwatch is built around leveling up a player's account by earning experience. Players gain experience by completing any game mode. Leveling up also gives Loot Boxes which give collectible items.

Currently, experience is gained by completing Quick Play, Play vs. AI, Practice vs. AI, Arcade (including the Game Browser) and Competitive Play games. The amount of experience earned is determined by a variety of factors: round length, outcome, and individual participation. The experience award will be given when the game finishes and will be displayed on the endgame scoreboard.

Quick Play (including most Arcade)

Arcade—Free for All and Team Deathmatch

The rate of leaving is calculated over the 20 most recent matches. Every time a player quits in the middle of the match - after initial heroes select ("Assemble Your Team") and before Victory/Defeat result announcement - it will count toward their leaving rate besides receiving an automatic loss. Dropping from a match due to inactivity or disconnecting will also count.[1] Quitting a match as a result of grouping or following your group's leaving will also count. It will also count if you are disconnected due to loss of internet connection.

If the rate of leaving rises above a threshold, that player will receive a warning message (which will be displayed when you attempt to quit again). Continue to leave, they will suffer the "Leaver Penalty" for subsequent matches: there will be a cut of 75%XP applied. The penalty is lifted if the rate of leaving goes under the threshold again.[1]

The Leaver Penalty condition is much more severe in Competitive Play. It was reported that quitting one or two matches is enough for the penalty to be applied.

In every PVP mode except for Competitive Play and Duels, when a player or multiple players leave a match, the matchmaking system will try to replace the empty spot with another player or group who is looking for a match. The one who backfills will get a bonus at the end of the match as a reward. The backfill player will not receive a loss in their statistic if their team loses, but they will receive a win if their team wins. If the backfill player leaves that game, it will still count toward the Leaver Penalty.

If players join a match as a group, then regardless of whether or not they stay as a group, a bonus of 20%XP will be added at the end of the match. Note that it will add separately into each factor instead of adding to the sum at the end. For example, Quick Play's Win experience bonus will be shown as 600XP instead of 500XP.

First Win of the Day

First Win of the Day is added for the first winning match of the day. The bonus will not be added again until the server "day" resets at 12am GMT.

Gold, silver, and bronze medals are given to the top three best-performing members of a team, respectively; and are given based on the categories on the final scoreboard: Eliminations, Objective Kills, Objective Time, Damage Done, Healing Done. If the player changes character mid-match, the value for each category will be the sum of each hero's value.

On the scoreboard at the end of the match, the player may see the notice of "Career Best" below a category, indicating that is their best performance in that category as that character. Categories that are specific to certain characters do not reward medals.

Experience is earned on an account-wide level and is not tied to individual heroes. Successive levels require additional experience. After level 22, the experience needed to level up stops rising and stays at 20,000XP from then on. Upon gaining enough experience to level up at 100, players will get a promotion, and players' portrait border continues to advance to the subsequent tier. After promotion, the level number will be reset to 1, but the experience required to level up each level will be kept at 20,000XP.

The border is shown around the player's hero when viewing players in a match. Portrait borders change in appearance every 10 levels. After getting a promotion, it changes back to the first border and continues to change again after 10 levels. The promotion also affects the portrait border as stated below:

Not only the portrait border follows this color code, but so does a lot of places where level number is displayed

*The image for this portrait border is not correct. This will be replaced when the official website updates and fixes this image. 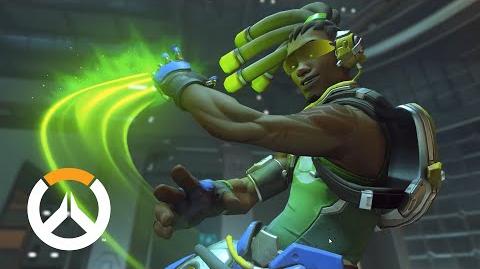 Retrieved from "https://overwatch.fandom.com/wiki/Progression?oldid=100184"
Community content is available under CC-BY-SA unless otherwise noted.