Rialto is an Escort map in Overwatch.

Rialto was home to Talon agent Antonio Bartalotti's sprawling estate and the backdrop to the infamous “Venice Incident,” a turning point for Overwatch and Talon. The Italian government has taken great steps to preserve Venice, and the results are striking. Tourists visiting this picturesque town can sample the regional cuisine, enjoy a relaxing gondola ride, visit Galleria D’arte Omnica (the local art gallery), or simply take in the sights with a stroll along the canal.[1]

Rialto is the central area of Venice, a place with several canals and rivers with gondolas and great historical heritage where humans and omnics live in harmony. However, despite the peaceful environment, Rialto is also home to Talon's headquarters.

The Attackers spawn is inside the Art Museum full of Futuristic art pieces of a later era. Your goal as a attacker is to move a wine shipment (payload) to a mansion across the city. Rialto serves as an Escort map (where it's played in the day), and as the map for Overwatch Retribution (where it's played at night).[2] This Escort map features almost everything the Retribution map had before, but with moving gondolas and some areas opened and closed off.

In the map there are a group of gondolas rowed by omnic gondoliers, the player can jump on the boats. Music will play when the player jumps on the boat, the omnic gondoliers will also say things when the player damages them, although they can be destroyed unlike the omnic waiters in Oasis. The boats will start near the attacker's spawn and will loop around near the bridge after first point. Peculiarly, there is an orange speedboat going along with the rest of the gondolas.

Just outside the attacker's spawn there is a restaurant, it will play unique music when getting close to the speakers. 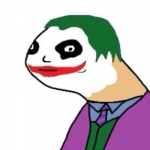