Soldier: 76 is one of the heroes in Overwatch. He is a vigilante who aims to bring the enemies who brought down his former organization to the light of justice.

Armed with cutting-edge weaponry, including an experimental pulse rifle that’s capable of firing spirals of high-powered Helix Rockets, Soldier: 76 has the speed and support know-how of a highly trained soldier.

Currently the target of an international manhunt, the vigilante known as Soldier: 76 wages a personal war to expose the truth behind Overwatch's collapse.

Soldier: 76 revealed himself in a string of attacks that crisscrossed the globe, targeting financial institutions, shadowy corporations, and secure Overwatch facilities. Though to the outside world his motives are inscrutable, there are those who claim that he is a former Overwatch agent, determined to shed light on the conspiracy that brought down the organization.

While his true identity remains a mystery, he is believed to have been trained as a member of the American "soldier enhancement program." He possesses physical capabilities exceeding those of a conventional soldier's, as well as other augmentations that make him a peerless combatant. In addition, he utilizes a cutting-edge arsenal, much of it stolen in raids on Overwatch installations.

Unrelenting in his search to find those responsible for Overwatch's fall, Soldier: 76 will stop at nothing to bring them to justice.

Sprint
Non-damaging movement type
8.33 m/s movement speed
Lasts until stopped
0-second cooldown
Whether he needs to evade a firefight or get back into one, Soldier: 76 can rush ahead in a burst of speed. His sprint ends if he takes an action other than charging forward.
Default Key: (

Biotic Field
Area healing type
40 HP per second
5 m radius
Lasts 5 seconds
15-second cooldown
Soldier: 76 plants a biotic emitter on the ground. Its energy projection restores health to 76 and any of his squadmates within the field.
Default Key: (

Soldier: 76’s pinpoint targeting visor “locks” his aim on the threat closest to his crosshairs. If an enemy leaves his line of sight, Soldier: 76 can quickly switch to another target.

Besides these abilities, Soldier: 76 is able to jump, crouch, reload (only when his ammo is not full), and perform Quick Melee.

For all of Soldier: 76's skins and weapons, see Soldier: 76/Skins and Weapons.

The Strike-Commander Morrison skin is obtained by purchasing (or upgrading to) the Overwatch's Origins Edition and/or the Collector's Edition.[2][3]

One purchase of an alternate weapon skin will apply to the Heavy Pulse Rifle of all unlocked skins when equipping it.

Get 2 killing blows with a single use of Soldier: 76's Helix Rockets in quick or competitive play.
Reward: Pixel Spray

Kill 4 enemies with a single use of Soldier: 76's Tactical Visor in quick or competitive play.
Reward: Cute Spray

Jack Morrison was raised in Bloomington, Indiana by a family of farmers. When he was 18, he joined the US military. He later joined the Armed Forces to defend his country in the Omnic Crisis.[4] Jack Morrison then became a subject of the experimental Soldier Enhancement Program. Through the program, he became close friends with Gabriel Reyes. When the Omnic Crisis began and the UN began to assemble Overwatch, the two accepted the offer to join alongside Reinhardt Wilhelm, Torbjörn Lindholm, Ana Amari, and Liao. Though Reyes led the strike team, Morrison was recognized as the team's moral fabric.

When Overwatch successfully put down the crisis, Reyes became head of Blackwatch while Morrison was promoted to Strike Commander. He oversaw Overwatch's rise to prominence, training new agents and leading them in peacekeeping missions. Jack and Ana later led a mission to rescue hostages from Talon. Though the hostages were escorted out, several agents died in the mission, and Ana was left behind. Ana was reported to be killed in that mission later.[5]

Over time, the public lost faith in Overwatch and accused it of negligence, corruption, and human rights abuses. During a United Nations investigation, Morrison was seemingly killed in a conflict with Reyes at the Swiss Headquarters. He was given a grave at the Arlington National Cemetery, though his body was never found.

Morrison survived, and donned a new identity as Soldier: 76, stealing a Heavy Pulse Rifle from Watchpoint: Grand Mesa and wounding several Helix guards in the process. He began a string of attacks across America against financial institutions and former Overwatch bases in an attempt to avenge Overwatch. After that, Soldier: 76 arrived to Dorado to take on the Los Muertos gang. Though they managed to escape, Soldier: 76 did save the life of a young girl named Alejandra.[6]

Soldier: 76 came to Egypt looking for Ana, who was under a disguise and wanted by Talon. He also charged in and attacked a Talon's base. After recognizing a familiar voice in Talon's communication radio, he was attacked by Reaper, the owner of that voice. Reaper revealed himself as Gabriel Reyes and had been still holding a grudge against Jack. Ana came to the rescue and successfully repelled Reaper. After exchanging information, she gave an explanation for her disappearance and offered him her support.[7] Around Christmas time, Morrison could be seen together with Ana, looking at an old photo.[8]

Soldier: 76 is an middle-aged to elderly, caucasian man of average build. He had blond hair which has turned white, a scar near his right eye. He usually wears a red visor which also covers his mouth, a blue and white jacket with 76 on the back, red gloves, dark grey pants and selver boots, a hulster which houses a pistol.

Soldier: 76 displays a grouchy and serious demeanor, occasionally grumbling about his old age. He doesn't play by the same fighting rules that he used to, according to himself, and insults his opponents by saying they've "got a lot to learn". Ever since the clash at the Swiss Headquarters took place, Soldier: 76 has become obsessed with bringing criminals to justice, usually taking extreme measures to hunt them down. Although he sees no point in bringing back Overwatch to combat the Second Omnic Crisis, he still misses being able to fight alongside them, as revealed by his quotes when in Watchpoint: Gibraltar.

In spite of this behavior, Soldier: 76 is willing to protect the innocent, even at the cost of letting his adversaries get away. A prime example is when he shields Alejandra from the explosion of a grenade rather than immediately chasing after the Los Muertos gang. He also seems to commend his team once in a while, as shown by his positive comparisons of Pharah to her mother in game. 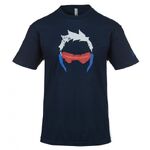 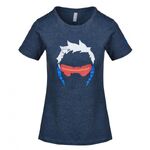 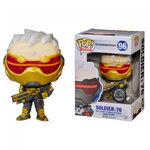 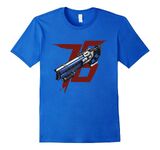 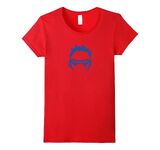 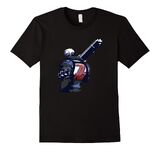 Retrieved from "https://overwatch.fandom.com/wiki/Soldier:_76?oldid=102027"
Community content is available under CC-BY-SA unless otherwise noted.