Sombra is one of the heroes in Overwatch. She is a hacker who has hidden within the shadows to find a global conspiracy that she once encountered.

In-game, stealth and debilitating attacks make Sombra a powerful infiltrator. Her hacking can disrupt her enemies, ensuring they're easier to take out but she cannot hack while taking damage, while her EMP provides the upper hand against multiple foes at once. Sombra’s ability to Translocate and camouflage herself makes her a hard target to pin down.

One of the world's most notorious hackers, Sombra uses information to manipulate those in power.

Long before she took up the alias "Sombra," ░░░░░░ was among the thousands of children who were left orphaned in the aftermath of the Omnic Crisis. With much of her country's infrastructure destroyed, she survived by utilizing her natural gifts with hacking and computers.

After ░░░░░░ was taken in by Mexico's Los Muertos gang, she aided it in its self-styled revolution against the government. Los Muertos believed that the rebuilding of Mexico had primarily benefited the rich and the influential, leaving behind those who were most in need of assistance.

Following her many conquests, ░░░░░░ was supremely confident in her skills, but she was caught unprepared when she stumbled into the web of a global conspiracy—one that had also noticed her. With her security irreparably compromised, ░░░░░░ was forced to delete all traces of her identity and went into hiding.

She later reemerged as Sombra, upgraded and determined to find out the truth behind the conspiracy she had uncovered. Sombra launched an even more audacious string of hacks, and her exploits earned her no shortage of admirers, including Talon. She joined the organization's ranks and is believed to have contributed to its massive cyberattacks against corporations with strong ties to their governments. These efforts incited a popular revolution in Mexico against LumériCo and breached the security of Volskaya Industries, the manufacturing arm of Russia's anti-omnic defense.

Translocator
Projectile-based movement type
5 HP
1 beacon
25 m/s projectile speed
0.4 seconds, ~0.7 seconds cast time
4 or 2-second cooldown
Sombra tosses out a translocator beacon. She can instantly return to the beacon’s location while it is active, she can only have one beacon active at a time. (including when it’s in mid-flight).
Default Key: (

Opportunist
Self-buff type
See enemy health bars when they have taken damage and see enemies through walls when less than 50% health
Sombra can see the health bars of enemies when they have taken damage without her having to damage them. She can also detect critically injured enemies through walls. This effect becomes active on an enemy if they fall below half health.
Default Key: (Passive)

Sombra discharges electromagnetic energy in a wide radius, destroying enemy barriers and shields and hacking all opponents caught in the blast.

Besides these abilities, Sombra is able to jump, crouch, reload (only when her ammo is not full), and perform Quick Melee.

For all of Sombra's skins and weapons, see Sombra/Skins and Weapons.

Note:
a If Play of the Game is achieved, another player's Highlight Intro will play for a few seconds before this one interrupts.

One purchase of an alternate weapon skin will apply to the Machine Pistol of all unlocked skins when equipping it.

Hack 6 enemies at once as Sombra in quick or competitive play.
Reward: Cute Spray

As a young girl, Olivia Colomar had learned to hack after losing everything she had during the Omnic Crisis. Even though she was a child at the time, she started to manipulate and even blackmail people, noticing how they could be manipulated just as easily as computers could. Sooner or later, she was taken in by the Los Muertos gang for her technical prowess, helping them in rebuilding her country.

While growing up, her hacking skills continued to improve. Eventually, she stumbled on to what she concluded was a "global conspiracy" that united several organizations around the planet, including Overwatch. She began to investigate this "conspiracy"; that is until it noticed her. Panicked, she hastily wiped all trace of her existence, including her name and was forced into seclusion.

She came back as "Sombra" some time after, augmented by hardware that integrated her talents into grafted cybernetics. She continued to pursue her passion and her mission, and her exploits earned the admiration of many, including terrorist organization Talon; even after joining them, she still hasn't abandoned her pursuit, and she continues to search for clues as to her new prey, regardless of who she works for.

In Blizzard's animated short "Infiltration", Sombra teamed up with Reaper and Widowmaker to assassinate Katya Volskaya, using her technical prowess to open doors and disable turrets. After both Talon agents were cut off from their target, Sombra left it to herself to use her combat skills to knock out and evade the guards. After finally cornering Katya, Sombra reveals that she never planned to kill her, and instead showed her information about her making deals with the omnics to blackmail Katya. Realizing that she had no choice, Katya agreed to become Sombra's "friend". Delighted by this, Sombra retreated and informed Reaper that the mission had been a failure. The short ends with Katya meeting with Zarya, in response to Sombra's blackmailing. What Chairwoman Volskaya wants Zarya to do is never said, but Zarya may already know - and she's eager to help keep her country's hero safe. [2]

During the holidays, Sombra was seen at Calaveras, Dorado. McCree was also passed out at the same bar.[3]

At one point, Alejandra saw her while she was in Dorado after she (Sombra) hacked into LumériCo and helped Zarya and Lynx Seventeen find her hiding place. Sombra, knowing Katya Volskaya sent them, combats the two, and is caught when Zarya traps her in a graviton surge. Sombra reveals to Zarya that Katya buys her tech from Omnics, and is genuinely surprised Zarya did not know, but tells Zarya she has no intention of killing or overthrowing Katya, as she is more useful in power, thus Sombra hopes using her will draw her closer to the Conspiracy. Sombra then tells Zarya the hideout will explode and Zarya sees Sombra had already hacked and disabled Lynx. Sombra is freed, while Zarya saves the Omnic. Sombra's real name is revealed to be Olivia Colomar. [4]

Sombra is very deceptive and clever, using her expertise to her advantage at all times. She is very calculating when the circumstances require it, and is also unafraid to manipulate people to get what she wants, as shown in Infiltration where she lies to her allies about failing the mission and even blackmails Katya to her will.

In battle, Sombra comes off as cool-headed and unafraid, sometimes smug and cheeky, and slightly sarcastic, as shown by her pre-game interactions with Reaper and her voicelines. Even in the middle of a serious mission, she still shows herself as a rather playful and whimsical character. 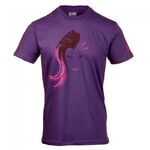 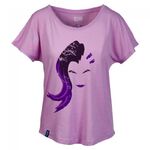 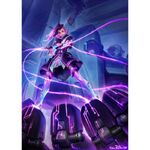 Retrieved from "https://overwatch.fandom.com/wiki/Sombra?oldid=102018"
Community content is available under CC-BY-SA unless otherwise noted.