Symmetra is one of the heroes in Overwatch. She is a light-bending architect who weaves her construction in order and perfection to create a better world.

Symmetra literally bends reality. By manipulating hard-light constructs, she crafts the world as she wishes it to be, in hopes of engineering a perfect society.

Following the Omnic Crisis, the Vishkar Corporation of southern India began the laborious process of creating new, self-sustaining cities to house the nation's displaced population. One such city, Utopaea, was created using radical hard-light technology that enabled its architechs to shape the city's streets, utilities, and living spaces in the blink of an eye.

After she was identified as one of the few capable of becoming a light-bending architech, young Satya Vaswani was plucked from extreme poverty and placed in the care of Vishkar's architech academy, never to return home. Isolated and lonely in her new life, Satya immersed herself in her education and training. She quickly grasped the applications of the technology and was one of the top students in her class. Satya approached hard-light manipulation differently than her peers, with their more procedural, mechanical constructions, instead weaving her constructs in the motions of the traditional dance of her homeland.

Though she was one of Utopaea's top architechs, the Vishkar Corporation saw far greater potential in Satya's abilities. Giving her the moniker "Symmetra," Vishkar sent her on clandestine missions around the world to uphold its corporate interests and expand its influence into other countries.

Symmetra believes her actions serve the greater good in society. But there are times when she wonders whether the control and order she desires are truly best for humanity.

Teleporter
Object-deploying type
300 HP (50 HP + 250 HP)
30, 40 m range
1.5-second cast time, 1-second teleport buffer
Lasts until canceled
10-second cooldown
Symmetra places a temporary teleporter exit pad at a distance and connects it to a teleporter entry pad at her current location. Allies (and some of their abilities, such as Junkrat’s RIP-Tire) can travel from the entry pad to the exit pad instantly.
Default Key: (

Symmetra deploys a massive energy barrier which prevents ranged attacks and is big enough to cut through the entire map.

Besides these abilities, Symmetra is able to jump, crouch, reload (only when her ammo is not full), and perform Quick Melee.

For all of Symmetra's skins and weapons, see Symmetra/Skins and Weapons.

One purchase of an alternate weapon skin will apply to the Photon Projector of all unlocked skins when equipping it.

Hit an enemy with 3 beams simultaneously as Symmetra in quick or competitive play.
Reward: Pixel Spray

Satya Vaswani was born to a very poor family in Hyderabad. She was identified as a potential future light-bending architect for the Vishkar Corporation, and was put into the company's architect academy in Utopaea. Though she could never return home, she became one of the top students in her class, using dance techniques for light-bending instead of more procedural motions.

Vishkar gave Satya a position as a clandestine agent under the name 'Symmetra'. She was sent on covert missions around the world to uphold the company's interests by sabotaging competitors and negotiating with contractors.

Satya Vaswani then was sent to Rio de Janeiro to negotiate a contract with its mayor. When she instead chose Calado's proposal, Symmetra infiltrated his tower but was unable to find anything questionable. Sanjay Korpal opted to destroy the building instead, and Symmetra had to save people from its flaming wreckage. Vishkar's city center was completed months later.[1] Vishkar Corporation put a strict control in order to exploit the workforce for their own benefit. Later, the news of the liberation of Rio de Janeiro by Lúcio Correia dos Santos's effort arrived to Symmetra.

Symmetra is obsessed with order, believing that it's the key to a perfect society. She also has an obsession with reality, claiming it to be her playground. She strives to make the world a better place, having a soft side for the innocent and hoping that Vishkar will succeed in improving things for the people. However, she sometimes doubts if her company actually does the right thing.

Symmetra prefers to work as a lone agent rather than in a group, possibly since she has spent most of her childhood alone. She also criticizes freedom, thinking of it as an illusion that harms more than it helps, as shown by her conversations with Lúcio.

Symmetra is on the autism spectrum.[2][3] It was implied in her words, which she stated that it used to "bother her" when people would ask where she "fit on the spectrum".[4] Furthermore, she appears to have what could be described as an obsessive-compulsive personality disorder, namely her preoccupation with "perfection", such as when she can't resist fixing a crooked picture or how she notices the perfection of a child's face. 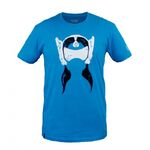 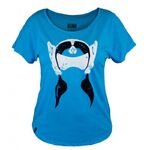 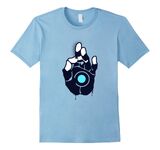 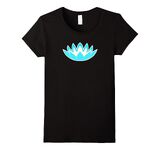 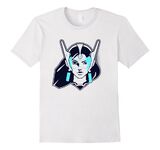 Retrieved from "https://overwatch.fandom.com/wiki/Symmetra?oldid=102688"
Community content is available under CC-BY-SA unless otherwise noted.