Talon is a terrorist organization.

Talon is comprised of a variety of individuals, each with their own goals and ideas.[1] Through its leader Doomfist,[1] its current manifesto is that humanity is made stronger through conflict. Consequently, Talon seeks to sow turmoil across the globe to strengthen the human race.[2] Repeatedly, Talon has demonstrated disregard for the standard rules of engagement, attacking both military and civilian targets with impunity.[3][4] 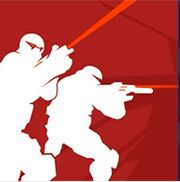 Talon was operating as early as the years following the end of the Omnic Crisis. At the time, Talon was facing internal power struggles, though was still committed to its goal of strengthening humanity through conflict.[2] The aftermath of the war left Talon in a position poised to profit from the chaos they had induced[5]. In this period, Talon's public face was that of a well paid mercenary group that took on security missions that were sanctioned by official organizations or corporations. This made it easier for them to get new recruits who were ignorant of Talon's true nature.[6]

Talon's area of operations in this period was focused in western Europe, and its activities at this time included arms trafficking, smuggling, illegal substances trade, and assassination.[7] Overwatch carried out operations against Talon, spearheaded by Gérard Lacroix.[8] Blackwatch was able to procure some information on Talon's inner members, and the status of its paramilitary forces.[7]

Eight years before the present day, Overwatch was well and truly committed to stamping out Talon. Talon, for its part, wasn't going quietly, and struck against Overwatch targets across the globe. Under the orders of Antonio, one such attack was launched on Overwatch's Oslo facilities. Not long afterwards, a Talon agent infiltrated the Blackwatch facility in Rome, where a meeting was being held by Overwatch members Gerard Lacroix, Gabriel Reyes, and Jesse McCree. The agent planted a bomb in the facility, and the resulting blast leveled the structure. Reyes, McCree, and Lacroix (albiet heavily injured) survived, but many of the base's staff didn't. In response, a Blackwatch team was sent to Antonio's manor in Venice.[4] What happened next was classified within Overwatch, but it apparently resulted in the death of Antonio.[7] Numerous Talon soldiers were dispatched, but the Blackwatch agents were able to fight their way out of the manor.[9]

After the Venice Incident, Talon gained a new recruit in the form of Akande Ogundimu, whose Social Darwinist philosophy aligned with Talon's. Talon saw great potential in Ogundimu, with his intelligence and ability to inspire as a commander. Ogundimu killed his mentor, Akinjide Adeyemi, and took on the moniker of Doomfist. As the new Doomfist, Ogundimu rose high in Talon and helped to orchestrate a conflict that the organization hoped would someday engulf the world.[2] As Ogundimu rose through the ranks, Talon's leaders began to get sloppy as the organization's hierarchy was disrupted.[10]

Overwatch turned its attention to Talon's financial handler, Maximilien, knowing that he'd be likelier to negotiate. They launched an operation in Havana to retrieve him. Despite the efforts of the Talon soldiers in his convoy, Maximilien was captured.[10] He told Overwatch that Doomfist would be in Singapore in three weeks, leading to Doomfist's arrest, and in exchange requested that Overwatch not tell Doomfist of his betrayal.[11] After Doomfist's incarceration, Vialli began to steer Talon into a more profit-orientated direction.[12]

Talon made several attempts to assassinate Overwatch member Gerard Lacroix, but failed. They settled on a different approach by kidnapping Lacroix's wife, and subjecting her to neural conditioning. Overwatch agents eventually recovered her, but she ended up killing her husband in his sleep two weeks later.[8] At some point afterwards, Overwatch launched an operation to rescue a number of scientists who had been kidnapped by Talon, held hostage in an urban area. The scientists were successfully extracted, with both sides losing agents in the firefight.[13]

When Overwatch disbanded, Talon was able to increase its strength, due to the resulting power vacuum.[14]

Four years before the Overwatch recall, Talon conducted an operation in Monte Cristi. Under the command of Captain Cuerva, they moved to move in on Daniel Fernández of the Playa Cartel, who had been encroaching on Talon's territory. While they were able to successfully locate Fernández's hideout, Fernández himself wasn't there. Cuerva ordered the team to tear the town apart until they located the target. To that end, the Talon soldiers went from house to house, screaming for people to come out, and only finding terrified civilians. Events escalated even further with the arrival of a Talon aircraft that opened fire on the town, reducing it to burning rubble and inflicting numerous civilian casualties. While medic Jean-Baptiste Augustin protested, Cuerva said that they "had to set an example" to the people if they refused to hand over Fernández. As the carnage continued, the Talon soldiers started to loot the town.[15]

At some point after Overwatch's disbandment, Talon operatives raided a hypertrain on its way to Houston. Jesse McCree, who was on the train at the time, noted that their method of insertion appeared to be taken from the tactics used by Blackwatch. Regardless, McCree eliminated every Talon operative that made its way onto the train, but dumped their target off the train so that Talon would get what they came for and stop putting civilian lives in danger.[3]

At King's Row, Widowmaker was assigned to assassinate Shambali leader Tekhartha Mondatta. Despite running into resistance from security forces and Tracer, Widowmaker successfully eliminated her target. She was subsequently picked up in a Talon aircraft.[16] Talon's involvement remained unknown within the press.[17]

Days after Mondatta's assassination,[18] Talon operatives accompanied by Reaper entered Watchpoint: Gibraltar to retrieve a list of all Overwatch operatives. They encountered resistance from Winston, but were able to incapacitate him long enough for Reaper to gain access to the Overwatch agents database. However, Winston was able to overpower the operatives and defeat Reaper before proceeding to interrupt the hack. As a result of the failed operation, Winston initiated the Overwatch recall, bringing all former agents back onto active duty.[19]

Lead by Reaper, Talon forces attacked the Temple of Anubis in Egypt. Their troops engaged in a firefight with Helix Security International forces, causing collateral damage and civilian casualties. However, in addition to battling the HSI forces, Talon also had to contend with former Overwatch members Jack Morrison and Ana Amari.[21]

Vialli dispatched Reaper, Widowmaker, and Sombra to Volskaya Industries in an attempt to assassinate its CEO, Katya Volskaya, as he was tired of how intractable she was.[12] Sombra was able to deactivate the site's security, giving Reaper and Widowmaker access to the base. Widowmaker lined up her shot, but an alarm sounded, alerting security, and sending Katya to her panic room. Widowmaker and Reaper failed to take her out, and Sombra engaged in pursuit. She reached Katya, but made her own deal, revealing that she had been the one to set off the alarm. Leaving the safe room, she reported that Katya had escaped. The operatives returned to their ship.[22]

After the failed Russian operation,[12] Talon agent Reaper assaulted a maximum security prison to rescue Doomfist, a member of the Talon inner council and former mastermind of a plot to sow chaos across the globe that was cut short years before by Winston, Tracer, and Genji.[2] The relative ease of the operation led some to believe that Talon had moles within Helix Security International. It would be three months before news of the incident became public.[23] Doomfist's return wasn't greeted well by Vialli, who sent his men to assassinate him in Monaco. The attempt failed, and Doomfist, Sombra, Reaper, and Widowmaker headed for Venice. The three agents eliminated Vialli's men, while Doomfist met with Vialli himself. Vialli's profit-orientated goals differed from Doomfist's Darwinian ideology, and Doomfist killed Vialli. Alongside Reaper, he met with what remained of Talon's inner council, declaring his intent to start a war.[12]

The inner council (some members absent)

Talon is overseen by an inner council of at least fifteen members,[12] of which five are currently known and active: