Heavy Assault are a type of Talon infantry. They appear as bosses in Overwatch Retribution and Overwatch Storm Rising.

The Heavy Assault is functions as a mini-boss in Retribution and Storm Rising, first appearing just before the Galleria D'Arte Omnica. They appear similar to other tank heroes, as they are massive and are wearing heavy armor. They are equipped with a pair of chainguns. They also have a set of tanks on their back, which function as weak points.

Believed to be the products of extensive genetic engineering, these elite troopers employ an extremely powerful exoskeleton and stimulants to increase their combat effectiveness.[1]

In Retribution, the Heavy Assault is fought twice. First at the entrance to the Galleria D'Arte Omnica, and a second time in the restaurant. It is the biggest threat the Blackwatch squad will face, and once the Blackwatch dropship arrives, they will continue to spawn until all living players are on the dropship. able to rapidly gun players down.

The gallery will not open until the first Heavy Assault is slain. The final dropship will not arrive until all Heavy Assault units in the restaurant are slain.

In Storm Rising, the Heavy Assault is once again fought twice. First in the Don Rumbotico Distillery, and a second time in the Havana Sea Fort. Once the final Heavy Assault is defeated, the Overwatch strike team may send a truck rigged with bombs to the doors of the sea fort, ending the mission.

The distillery's back door will not open until the first Heavy Assault is slain. The truck will not detonate until all Heavy Assault units in the sea fort are slain.

They are currently the most powerful enemy unit available, having the most health of any foe as well as heavy damage. Before firing, the Heavy Assault must rev up its twin chainguns. If a player gets to close, it will charge at them, similar to Reinhardt.

On harder difficulties, there will be two Heavy Assaults in the restaurant and sea fort. They spawn on opposite ends of the arena, so it is recommended to trick them into grouping up by triggering the charge, then to kite them around the entire arena. Troopers will spawn during this phase, but no other special units will interrupt the fight until it is over.

Base of the Talon Heavy Assault was the unrealized hero Praetor with armor concept and Twin Cannons. 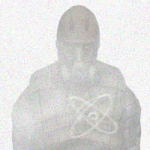