Torbjörn is one of the heroes in Overwatch. He is an engineer specializing in weapon design and is determined to keep his inventions from falling into the wrong hands.

Torbjörn’s extensive arsenal includes a rivet gun and hammer, as well as a personal forge that he can use to repair his turrets.

At its height, Overwatch possessed one of the most advanced armaments on the planet, which could be traced to the workshop of an ingenious engineer named Torbjörn Lindholm.

Before the Omnic Crisis, Torbjörn had gained notoriety for designing weapons systems used by countries around the world. However, his belief that technology must serve a better vision for humanity put him at odds with his employers, who desired to control his weapons using networked computer intelligence.

Torbjörn had a deep mistrust of sentient robotic intelligence, and while many of his peers wrote this off as paranoia, his worst fears were realized when the robot populations of the world turned against their human creators during the Omnic Crisis. Because of his engineering genius, he was recruited to join the original Overwatch strike team, and his many inventions proved integral to ending the crisis. In the years that followed, Overwatch became an international peacekeeping force, and Torbjörn remained a critical resource for all of its technological needs and signature weapons systems.

But in the aftermath of Overwatch's fall, many of Torbjörn's weapons were stolen or stashed away around the world. Feeling responsible for his creations, Torbjörn is determined to stop them from falling into the wrong hands and wreaking havoc on the innocent.

Forge Hammer
Melee and upgrade type
55 damage per swing
50 healing per swing
1.25 (1.625) swings per second
✘ Cannot headshot
Torbjörn uses his multipurpose hammer to build, upgrade and repair turrets. In a pinch, it can also be swung as a weapon.
Default Key: (

Torbjörn creates pools of molten slag that deal massive, sustained damage (plus bonus damage to armor), and can prevent enemies from moving through key locations.

For all of Torbjörn's skins and weapons, see Torbjörn/Skins and Weapons.

The "For The Alliance" and "For The Horde" voice lines are obtained by purchasing World of Warcraft: Battle for Azeroth Collector's Edition or Digital Deluxe Edition

One purchase of an alternate weapon skin will apply to the Rivet Gun and Forge Hammer of all unlocked skins when equipping it.

Kill 4 enemies during a single use of Torbjörn's Molten Core in quick or competitive play.
Reward: Cute Spray

Torbjörn Lindholm was one of the Ironclad Guild's top weapons designers and engineers whose machinery was used around the world. Among his designs was the Titan, a giant mech capable of efficient urban development, and Bastion, a peacekeeper combatant unit.[2][3] When the Omnic Crisis began, the God Programs weaponized weaponry and robots Torbjörn developed. Torbjörn's knowledge of the weapons gave him an integral role in Overwatch's original strike team, alongside Jack Morrison, Gabriel Reyes, Reinhardt Wilhelm, Ana Amari, and Liao. Torbjörn stayed with Overwatch after the war, and remain as its chief engineer until its collapse. At some point, he collaborated with Dr. Angela Ziegler to design a prototype Biotic Rifle, although it was against the doctor's wish to use her biotic technology for weapons.[4]

Torbjörn traveled to Kurjikstan to combat a Titan that was destroying the city of Boklovo. He found out that it was piloted by his old coworker Sven, and quickly dispatched him before crashing the Titan.[2] At the time of the Overwatch recall, Torbjörn was in Russia, near Moscow or Novgorod.

During Christmas, Torbjörn was seen celebrating the holidays in with his family and close friend, Reinhardt Wilhelm.[5]

Shortly after Christmas, Torbjörn came to a village in Northern Sweden, after picking up news about a rogue Bastion who had appeared. He offered his help in apprehending the Bastion. He was confident in this task because he assumed that the Bastion was damaged. After trying to lure Bastion to attack, he noticed the strange behavior of this particular unit, such as running away or helping the beavers to build a den. When he finally realized the peaceful nature of his formerly designed weapon of war, Torbjörn took Bastion with him after incapacitating the police force instead.[3]

Torbjörn is really enthusiastic when it comes to weapon engineering and designing, as noted by Mercy. He treats his designs with care and love, as seen with his turrets in-game. However, Torbjörn was always distrustful of self-aware AI. Even after the first Omnic Crisis, he was distasteful towards Omnics regardless of their personality, as shown by his anger when a match is in Numbani, a city where humans and Omnics live together peacefully.

After the meeting with Bastion in Sweden, he had a change of heart. By observing the strange behavior of that Bastion unit, he understood its peaceful and curious nature and somehow came to accept Bastion. He even tried to protect Bastion and treat it in a fatherly way, albeit grudgingly and reluctantly.

Torbjörn also seems to have a playful side, as there is a picture of him and Mercy dressed up for Halloween at Watchpoint: Gibraltar.

Torbjörn and Mercy seem to have a close friendship as she is a longtime family friend of the Lindholms as it's revealed in the letter he writes to his wife Ingrid after the events of Operation White Dome the mission that had taken his left arm. Taking directly from an official explanation of the letter Torbjörn says that the young teenage prodigy student "Angela", visited Torbjörn with a frequency that "wasn't in professional capacity" showing she was visiting him for more than just his medical wellbeing and was concerned for his wellbeing.

Torbjörn and Reinhardt seem to have a very close relationship as its shown in Reflections that he lets Reinhardt celebrate the holidays with him and his family, and seemed to spend a lot of time with the family as shown in Brigitte's origin story with Reinhardt telling her tales of glory. It is later revealed in a letter to his wife Ingrid after operation White Dome that Reinhardt had saved his life and as such he had given him permission to name their as of yet unborn child ( who would later grow up to become Brigitte) and become their godfather. 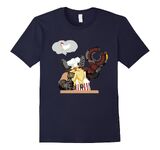 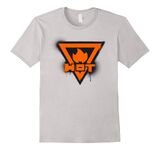 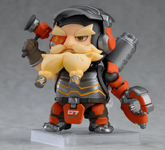 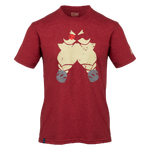 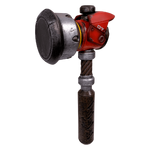 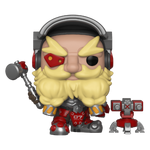 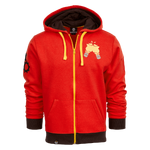 Retrieved from "https://overwatch.fandom.com/wiki/Torbjörn?oldid=101857"
Community content is available under CC-BY-SA unless otherwise noted.