We currently have 1,471 articles maintained by 21 users.

Please feel free to contribute by creating new articles or expanding existing ones. 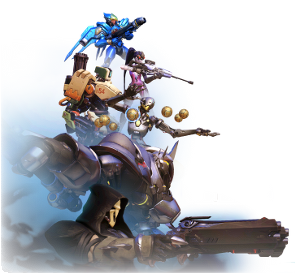 To start a new article, enter the name in the box below. Don't worry! If you are unsure of what to do or how to create a page, search for a few articles on the same topic and see what they look like. If you still don't feel comfortable creating whole articles, you can simply fix spelling errors and broken links. Every contribution helps, no matter how small. 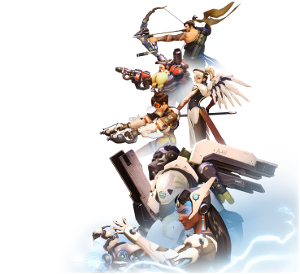 In a time of global crisis, an international task force of heroes banded together to restore peace to a war-torn world. This organization, known as Overwatch, ended the crisis and helped maintain peace for a generation, inspiring an era of exploration, innovation, and discovery. After many years, Overwatch's influence waned and it was eventually disbanded. Now in the wake of its dismantling, conflict is rising once again. Overwatch may be gone... but the world still needs heroes.

Choose A Hero: Overwatch features a wide array of unique Heroes, ranging from a time-jumping adventurer, to an armored, rocket-hammer-wielding warrior, to a transcendent robot monk. Every hero plays differently, and mastering their abilities is the key to unlocking their potential. No two heroes are the same.

Play Your Role: Whether you're engaging in combat on the front line, providing defensive cover with your energy shield, or supporting your allies by amplifying their damage, every hero's abilities are designed to be effective as part of a team. Learning to utilize your Abilities in concert with your teammates' is the key to victory.

Team Based Objectives: Teams of heroes do battle across the planet. From protecting the secrets of the mysterious Temple of Anubis, to safely escorting an EMP device through King's Row, the world is your battlefield.

You can register for the Beta (Released early 2015) at http://playoverwatch.com.