Winston is one of the heroes in Overwatch. He is a scientist and fighter who possesses the strength and intellect to venture beyond the limit of humanity.

A super-intelligent, genetically engineered gorilla, Winston is a brilliant scientist and a champion for humanity's potential.

The Horizon Lunar Colony was established as a first step for humanity's renewed exploration of space. Among its residents was a group of genetically enhanced gorillas that were intended to test the effects of prolonged habitation in space.

One gorilla displayed such rapid brain development from the gene therapy that he was taken under the wing of Dr. Harold Winston, who taught him science and inspired him with tales of human ingenuity. The young gorilla passed his days assisting with the scientists' experiments, watching the distant blue world outside his habitat window, dreaming of the endless possibilities that awaited him there.

But his life was thrown into chaos when the other gorillas led an uprising, killed the mission scientists, and claimed the colony for their own. Taking on the name of his beloved human caretaker, Winston built a makeshift rocket and escaped to Earth. There he found a new home with Overwatch, an organization that represented everything he had come to admire about humanity. Winston was finally able to live up to the heroic ideal that had been instilled in him.

Now with the fall of Overwatch, Winston has gone into seclusion, once again cut off from the world he believes in, but longing for the days of heroism to return.

Winston embraces his animal nature, significantly boosting his health and making him very difficult to kill, strengthening his melee attack, and allowing him to use his Jump Pack ability more frequently. While raging, Winston can only make melee and Jump Pack attacks.

For all of Winston's skins and weapons, see Winston/Skins and Weapons.

One purchase of an alternate weapon skin will apply to the Tesla Cannon of all unlocked skins when equipping it.

Damage 6 enemies during a single use of Winston's Primal Rage in quick or competitive play.
Reward: Cute Spray

Winston was initially a subject in the tests on genetically enhanced gorillas that took place in Lucheng Interstellar's Horizon Lunar Colony. He had shown unusually rapid development, so Dr. Harold Winston, from whom Winston got his name, took personal care of him. Through him, Winston learned science and helped in the doctor's research. The scientist also instills in the gorilla's mind a sense of freedom and adventure, to question the world waiting for him. The doctor also gave Winston his signature glasses.

When the other gorillas started to revolt against the colony, murder all of the scientists in the colony, Winston built a rocket by himself and escaped to Earth. Winston found a new home as a member of Overwatch. There, he became both a soldier and a scientist. His skill in combat led to him defeating Doomfist, and his craftsmanship and knowledge allowed him to save the life of Tracer by building for her the chronal accelerator.

After the collapse of Overwatch, Winston and Athena retreated to Watchpoint: Gibraltar, from which he launched a satellite drone in the event that Overwatch would need to be recalled. He included with it a personal message to the former agents. Winston's lab at the Watchpoint was invaded by Reaper and several Talon agents in order to extract the information of former Overwatch agents. He was able to dispatch them and afterward decided to finally recall Overwatch agents to active duty.[1] Later, Winston worked with Tracer to stop Widowmaker and Reaper from stealing Doomfist's gauntlet. Though the gauntlet was damaged, there were no casualties.[2]

On Christmas, Winston and Athena were waiting for Tracer and her girlfriend Emily to have a meal together at Watchpoint: Gibraltar's lab. His wait is paid off when they all arrived in time for the dinner.[3]

Winston is an awkward yet gentle giant, never wanting to inflict unnecessary harm on innocents and often stuttering whenever someone compliments him. He is a huge fan of Overwatch and really cares about its members to the point of calling them family in the Are You With Us? cinematic teaser. He also seems to have a love for peanut butter and bananas, as shown in the Recall animated short, his Voice Lines and Emotes.

Winston is rather smart when it comes to craftsmanship, as proven by his ability to create the chronal accelerator. He is even considered an intelligent scientist as well, and he hates being called a monkey. 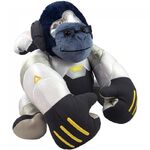 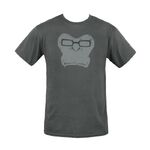 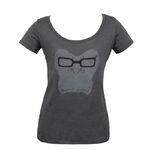 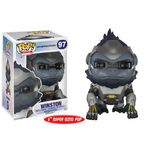 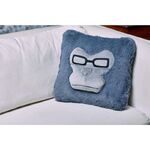 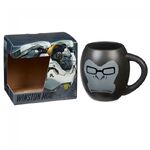 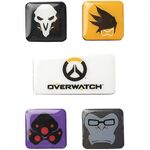 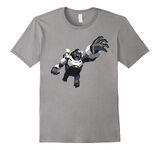 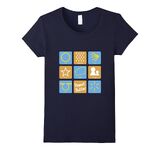 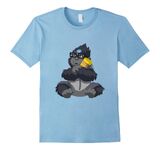 Retrieved from "https://overwatch.fandom.com/wiki/Winston?oldid=102640"
Community content is available under CC-BY-SA unless otherwise noted.