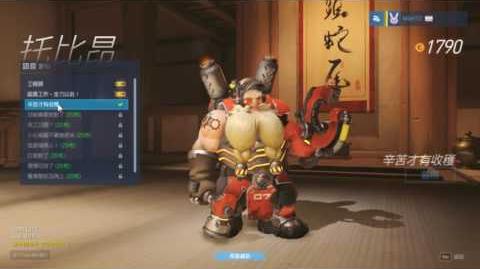 Torbjörn was one of the Ironclad Guild's top weapons designers and engineers whose machinery was used around the world. Among his designs was the Titan, a giant mech capable of efficient urban development. When the Omnic Crisis began, the God Programs weaponized Titans and other weaponry Torbjörn developed. Torbjörn's knowledge of the weapons gave him an integral role in Overwatch's original strike team, alongside Jack Morrison, Gabriel Reyes, Reinhardt Wilhelm, Ana Amari, and Liao. Torbjörn stayed with Overwatch until its collapse.

In Destroyer, Torbjörn travels to Kurjikstan to combat a Titan that was destroying the city of Boklovo. He found out that it was piloted by his old coworker Sven, and quickly dispatched him before crashing the Titan.

At the time of the Overwatch Recall, Torbjörn was in Russia, near Moscow or Novgorod.

Torbjörn was always distrustful of self-aware AI and even after the first Omnic Crisis, he's distasteful towards Omnics regardless of their personality, as shown by his disdain for Zenyatta and his anger when a match is in Numbani, a city where humans and Omnics live in peace together.

Torbjörn also seems to have a playful side, as seen in the animated short, Recall where there is a picture of him and Mercy dressed up for Halloween in Winston's laboratory.